If there is any part of our society that deserves our utmost investment and care, it's surely the education we give our youngsters, who should be learning not simply to grow up productive and profit-making like so many units in a factory, but to grow up whole and healthy and compassionate, with self-confidence and emotional literacy, comfortable with their own diversity and others', and equipped for the full range of adult challenges – not only how to earn a living, but how to manage the bank account; not only how to write essays, but how to empathise and reason; not only the names and dates of historic rulers and Prime Ministers, but how to engage fully in the democracy of their country. 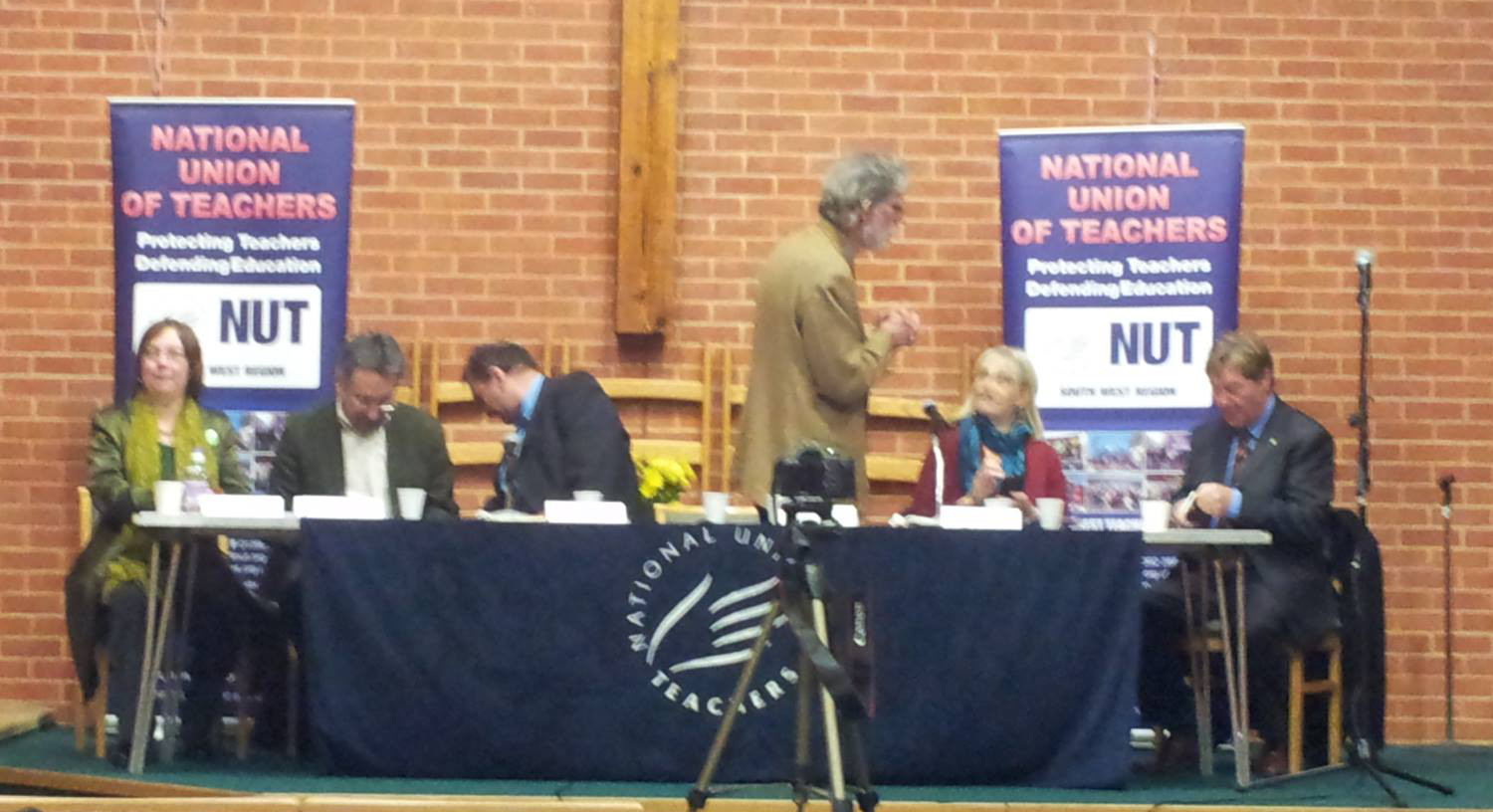 I attended my first hustings event as a panellist on Tuesday 20th January, at an event arranged and hosted by the National Union of Teachers. I was one of just two party political panellists there, the Conservative party having declined the invitation, but the Labour Party's former MP and current prospective Parliamentary Candidate was present, along with a local head teacher and representatives from the NUT, and the Peoples' Assembly against Austerity.

I began preparing for the event by thinking ‘I'll talk to my teacher friends'. It was a shock to realise that the first three people who came to mind are no longer in teaching as they have been burned out by the stress of the job. I was able to talk to some who are currently teaching, however, and I spent many hours studying the very detailed and thorough Green Party Education Policy. It seemed to me that there was a great deal of common sense in the approach my party takes – again and again I found myself reading things that I thought were so clearly good ideas that it's only surprising that they aren't already happening... but those making the decisions seem to have had different ideas.

What I did find inspiring about the evening was the degree of common ground there was between the panellists, the general agreement on many points. It's been clear to me from speaking to teachers and from my own observations as a parent that youngsters are tested and tested repeatedly from their earliest entry into the education system, and while a degree of assessment has to occur, I have seen little benefit to children in the increase in the testing regime. There is also such an administrative burden placed on teachers, who must account for every scrap of time spent teaching within a system of micromanagement that must surely discourage many able people from entering the profession as others are driven out under stress and ill-health, by workloads few of us would want to bear, and under a system that seems not to trust them to do their jobs at all.

Classes are too big. Schools are often too big. Why do we think our children need to be educated in vast institutions? With the fragmentation of the system now into Academies and Free Schools alongside Local Government provision and private schools, the system risks becoming increasingly incoherent. In particular, Free schools are able to set their own admissions policy and curriculum and decide how qualified they want their teachers to be – and the Local Authority – and through them the local community – have no say in those areas. Provision no longer responds, under these systems, to the population's requirements, but rests increasingly in the hands of unaccountable groups of people including sponsors and businesses.

It's time to give teachers the resources, the tools, the time, and the trust they need to do the job we ask of them, and a coherent and supportive environment in which to teach our youngsters – all our future citizens.